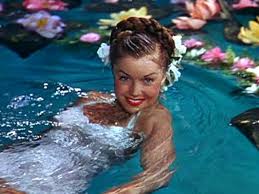 On this day August 8, 1923 actress Esther Williams was born. From 1945 to 1949, Williams had at least one film listed among the 20 highest-grossing films of the year. On this special podcast we play the Golden Age of Radio adaptation of “Skirts Ahoy” starring Esther Williams with actor Barry Sullivan.