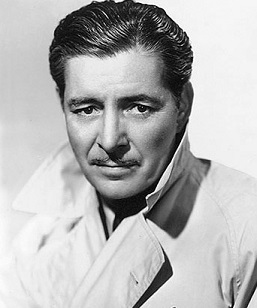 Podcast 1981 we play nerd/geek pop culture nostalgia/retro trivia about celebrities, films, movies, television, TV shows, music, radio and we play a Golden Age of Radio thriller actor Ronald Colman who died May 19, 1958 at the age of 67. In 1947, he won an Academy Award for Best Actor and Golden Globe Award for Best Actor for the film A Double Life. Colman was an inaugural recipient to be given a star on the Hollywood Walk of Fame, for his work in motion pictures. He was awarded a second star for his television work.