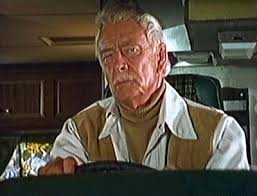 Podcast 1948 of The Riley and Kimmy Show spotlight’s actor Les Tremayne who was born April 16, 1913. Between 1974 and 1977, he appeared on the Saturday morning Shazam! TV series in the role of Mentor. In 1987, Tremayne appeared on General Hospital as Edward Quartermaine for six months. Sci-fi fans remember him as General Mann in the 1953 from “War of The Worlds”. On this podcast we play Golden Age of Radio mystery/drama starring Les Tremayne in “Ripple Effect”