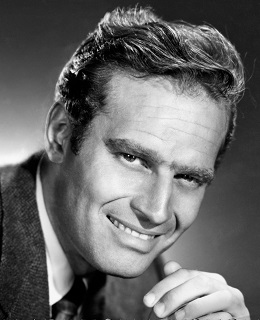 Actor Charlton Heston died April 5, 2008 at the age of 84. As a Hollywood star, he appeared in almost 100 films over the course of 60 years. On this special podcast we play a 1953 Golden Age of Radio drama starring Charlton Heston with actress Wanda Hendricks in “Captain Carey USA”